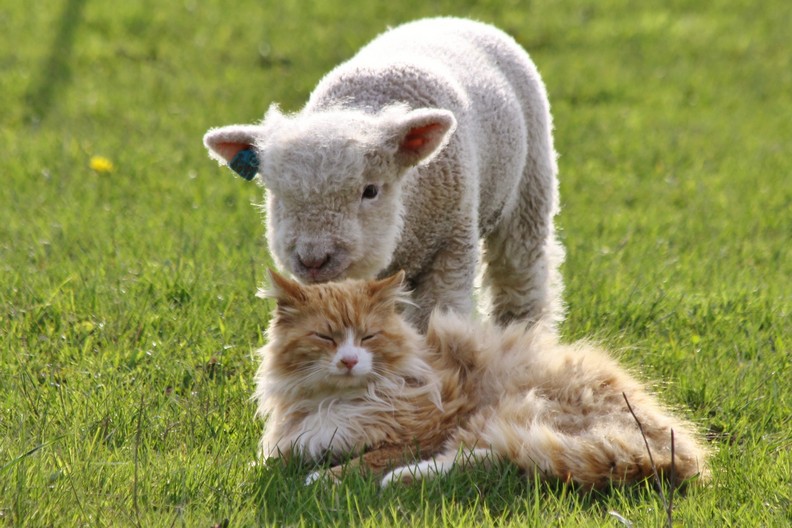 Babydoll Sheep can be an excellent addition to any home or farm. Known officially as a Southdown sheep, the breed is a dual-purpose English sheep raised primarily for meet. They are very popular amonst small-scale sheep breeders, farmers, and recreational pet owners; at just 24 inches tall at maturation, these cute, relaxed, and very gentle. Mature ewes can be around 100 pounds with a fleece weight between 8 and 10lbs.

In the 18th century, Southdown sheep were known for the finesse and quality of their wool; late in the century, a farmer realized their potential and set out to standardize the breed. By the mid-19th century, these sheep were found in large numbers across England; flocks grazed during the day and slept through the night. In the early 20th century, pedigree recording was established, and by 1911 there were 359 registered Southdown flocks. The first Southdown sheep reached the United States in the early 19th century and was bred throughout the 20th century. To increase the sheep’s likelihood of commercial success, Robert Mock, a breeder, coined the term “Babydoll.”

People often choose Babydoll sheep for their gentle personalities; the breed is often very easy to manage. They can happily live in a house and enjoy interacting with humans and animals alike. They can be used in farming as “organic weeders” and are often used in vineyards and orchards; their short stature prevents them from reaching the fruit. They are non-aggressive, curious, and trusting–the perfect addition to your furry family!