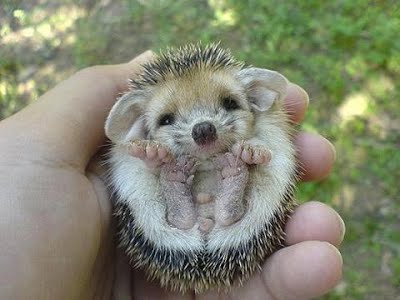 In the past decade, hedgehogs have become a popular pet across North America. The breed kept as pets appears to be mix of species, but they are originally native to the African continent. The term “African pygmy hedgehog” is merely a descriptive term coined by breeders. They are relatively high-maintenance pets and do not appear to crave human interaction, but their size and cuteness make them popular pets in America.

Hedgehogs are very compact animals. Reaching a size of between five to eight inches in length, they can live between three and eight years (six is the most typical). They need and enjoy exercise, so owners should invest in an open-sided, solid surface wheel within their enclosure. If you have the means, allowing your hedgehog to run freely in your home is optimal—wild hedgehogs travel great distances each day, so they require a lot of space to run around. They do not like to be cuddled, but will allow for gentle handling.

However, in 2017, the RSPCA provided a statement saying these animals are a considerable commitment and require large, temperature-controlled enclosures to mimic their natural environment. They require ample space for digging, foraging, and exercise, and it is therefore difficult for recreational pet owners to meet the animal’s needs. Though they have grown in popularity, they are still illegal to keep as pets in some states.

Hedgehogs need an enclosure of between 75 to 86 degrees Fahrenheit, which is very difficult to maintain in most parts of the world. If the temperature increases to above 86 degrees, the animal can suffer from heat stroke. However, a temperature lower than 75 degrees can induce torpor, a form of hibernation. Moreover, hedgehogs are nocturnal by nature, meaning owners may grow bored of their tiny friends very quickly. They are messy and require daily cage cleanings. Put simply, if you are thinking about investing in a hedgehog as a pet, ensure you have the capacity to care for these finicky little animals—they are a lot of work and, if you don’t have the time or resources to invest, can die very easily.